Submission to the Review of the Disability Act 2006 (Vic)

ECCV Submission to the Review of the Disability Act 3

The Ethnic Communities’ Council of Victoria (ECCV) welcomes the Victorian Government’s commitment to reviewing the Disability Act 2006 (Vic) (the Act) and appreciates the opportunity to have input. For more than four years ECCV has been funded by the Victorian Government to deliver disability and NDIS focused projects to empower culturally and linguistically diverse (CALD) people with disability, their families and communities to effectively navigate the Australian disability system. Recently, ECCV has been contracted through the Commonwealth’s National Community Connector Program to provide additional engagement and advocacy support for CALD Victorians with disabilities, a group that remains under-represented among NDIS participants.

The delivery context of the Disability Act 2006 (Vic) (the Act) has changed significantly since it was enacted. First introduced in 2013, the National Disability and Insurance Scheme (NDIS) has largely replaced the existing system of disability support provided by States and Territories. Much like other jurisdictions, Victoria retains a responsibility to provide disability support and funding for
people who are not eligible for the NDIS or who may not be able to secure appropriate funding under the consumer-driven model. 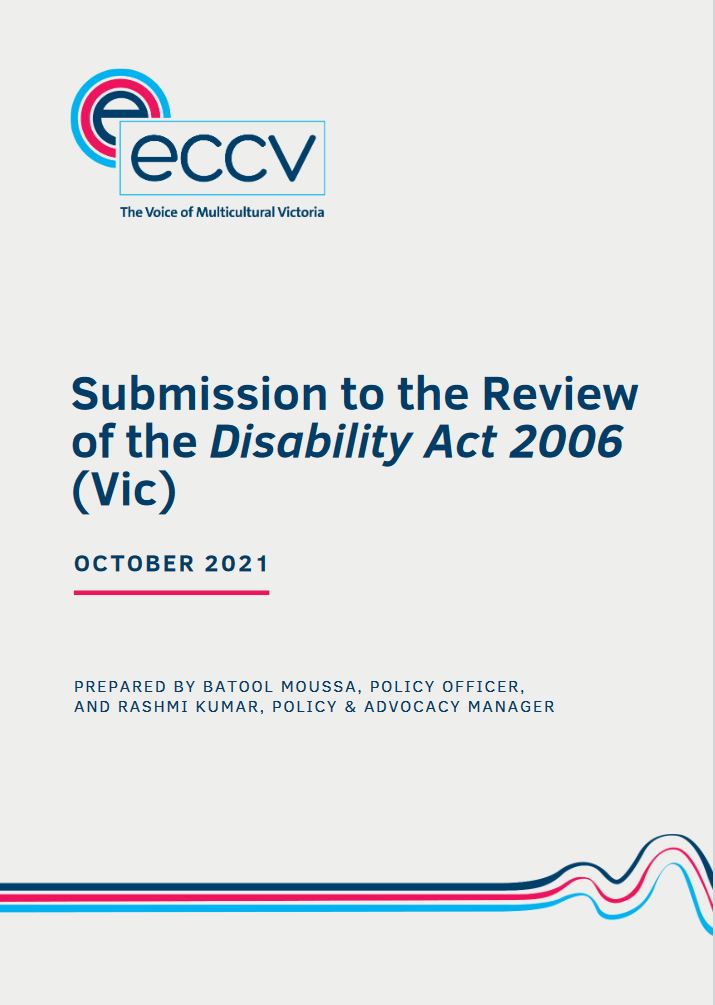