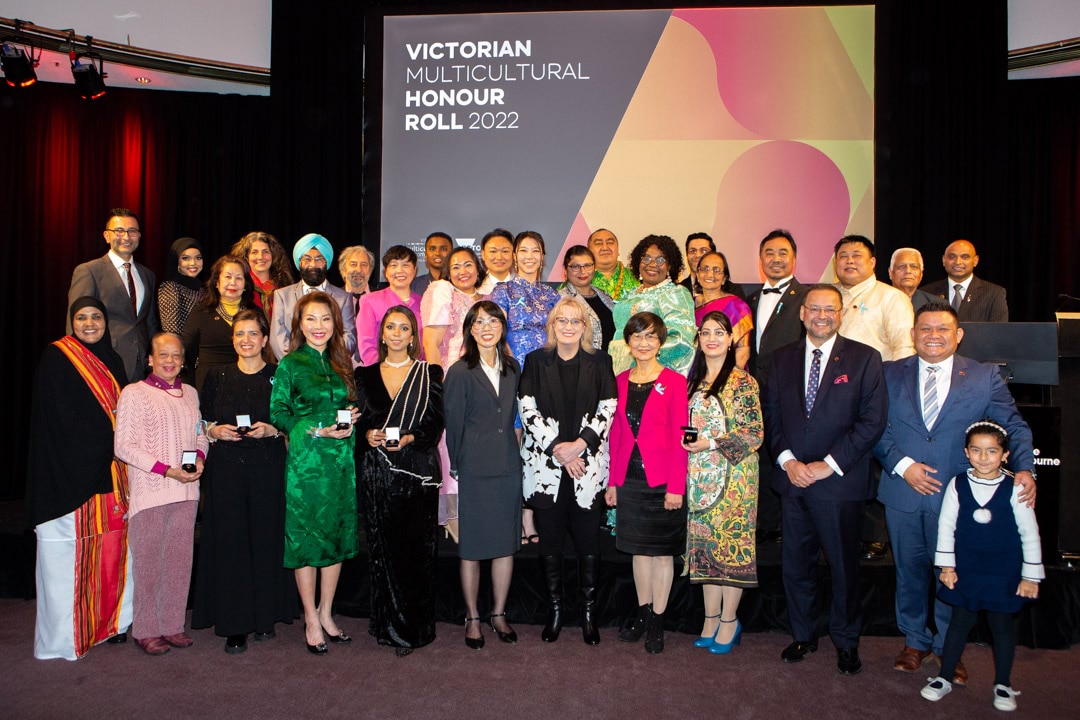 Rosita’s record of community service spans more than 25 years. She is deeply connected with multicultural communities across regional Victoria, and has played a significant role in strengthening regional inclusivity and building the capacity of existing communities to welcome new arrivals. It is fantastic to see Rosita’s hard work and passion for anti-racism and social cohesion recognised. We are proud to have her as a member of ECCV’s leadership team, where her knowledge and vision help steer our work for a fairer and more harmonious Victoria.

We would also like to take this opportunity to congratulate the other 28 outstanding individuals honoured at the ceremony, including the following leaders who represent ECCV members:

Find out more about the full list of inductees here.

The Multicultural Honour Roll replaces the ‘Meritorious Service to the Community’ category of the Victorian Multicultural Commission’s annual Multicultural Awards for Excellence. The Honour Roll was created as a separate awards platform to further spotlight those who promote multicultural civic participation and the social, cultural and economic benefits of diversity.