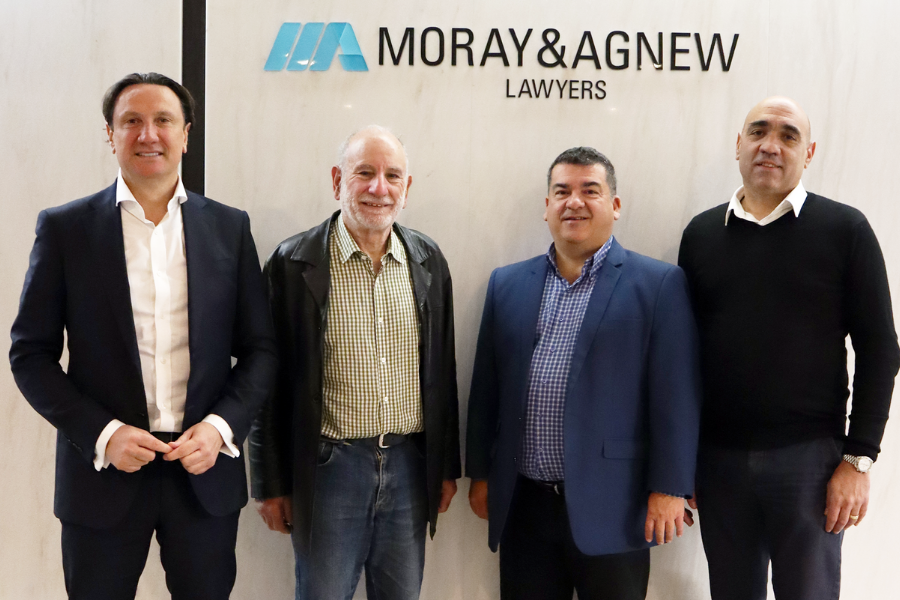 Moray & Agnew will be offering legal support in the areas of governance, employee relations and contracts as part of the corporate sponsorship agreement with ECCV.

“We look forward to working with Moray & Agnew to strengthen ECCV’s capacity to advocate for and support our members as our organisation evolves,” said ECCV Chairperson Eddie Micallef.

The partnership builds on Moray & Agnew’s induction in March as a Campaign Ambassador for ECCV’s anti-racism campaign, All One Together, a collaborative platform for business, local government, not-for-profit organisations and community groups to innovate and take positive actions to tackle racism.

“We’re proud to be supporting Victoria’s migrant and refugee communities through our partnership with ECCV, which has been advocating for migrants for more than 45 years,” Mr Papastergiadis said.

“We take our responsibility as a strong corporate citizen seriously. A number of our partners are involved with community-based organisations that work with diverse ethnic groups and we are pleased to be broadening that support through ECCV,” he said.

Mr Papastergiadis is also president of the Greek Orthodox Community of Melbourne & Victoria, a core member of the ECCV.

“The Greek Community has a proud and longstanding association with ECCV and as our multicultural community evolves, established and vibrant migrant organisations like the Greek Community can play an important role in mentoring and supporting newly arrived communities,” Mr Micallef said.

“Our partnership with Moray & Agnew is a great example of strong community leadership,” he said.

Moray & Agnew is a signatory to the National Aspirational Pro Bono Target and provides pro bono legal services across the country to assist community organisations and disadvantaged sectors of society.

“Our Melbourne office’s connection with the diverse range of ethnic communities that thrive and those that are developing in Victoria has underpinned our expansion particularly in commercial work,” said Moray & Agnew National Managing partner, Geoff Connellan.

“Bill and his team have deep connections with those communities, so we are excited to give back through this corporate partnership, including an innovative pro bono arrangement which fits neatly into our national pro bono strategy,” Mr Connellan said.