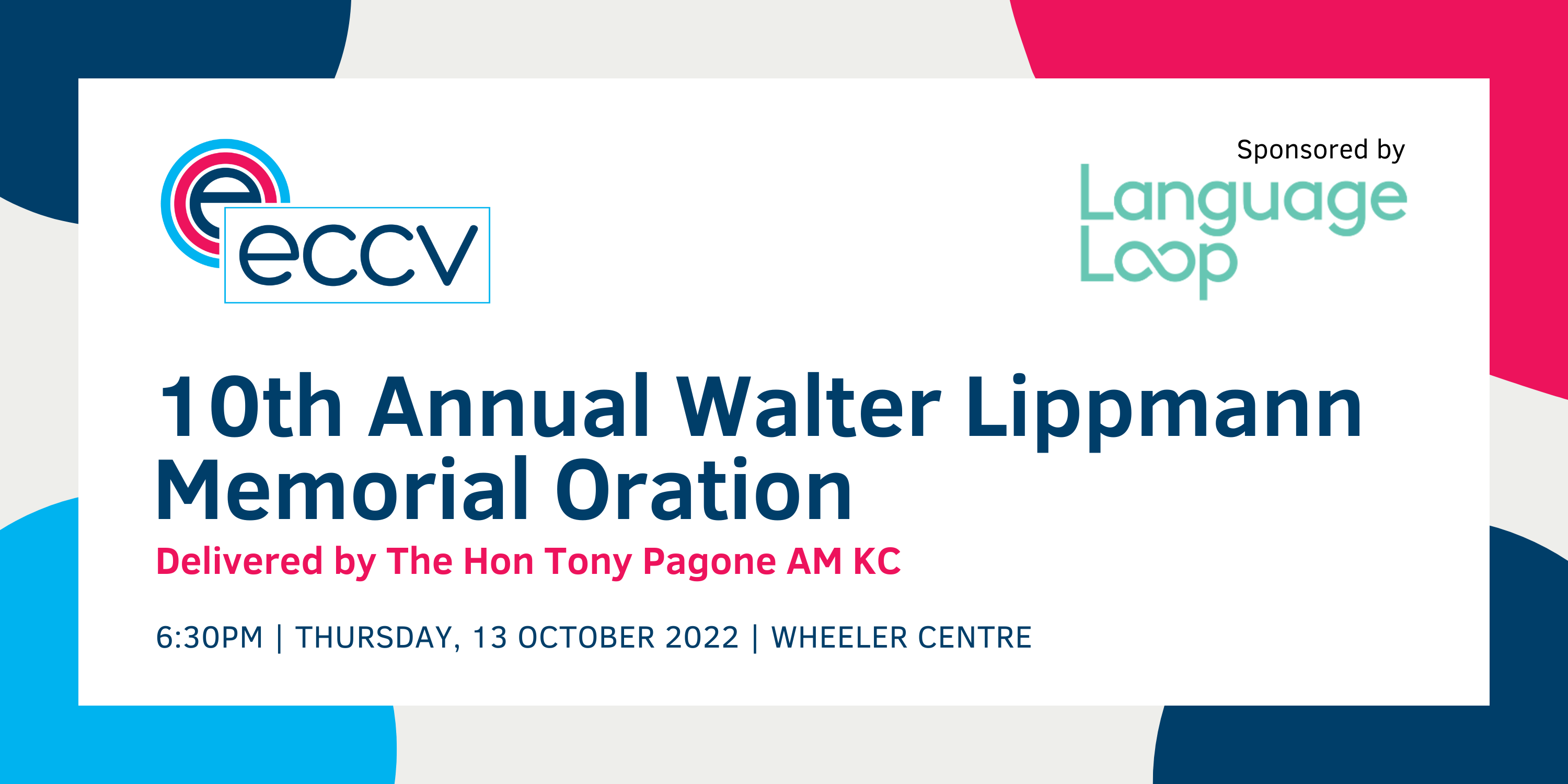 The 10th Annual Walter Lippmann Memorial Oration will take place on Thursday, 13 October at the Wheeler Centre. Our eminent speaker for this special event will be The Hon Tony Pagone AM KC, a former judge of the Federal Court of Australia, who has made a significant contribution to Australian public life during his distinguished legal career.

The Walter Lippmann Memorial Oration is held each year in honour of one of ECCV’s founders, Walter Lippmann, who was a strong advocate for multiculturalism and campaigner on issues relating to ethnic communities within Victoria and throughout Australia.

If you have any queries, please email eccv@eccv.org.au.

We would like to thank Language Loop for sponsoring this event, and the Lippmann family for their ongoing support.