The ECCV Annual General Meeting was held on Thursday 6 December 2018 at the Queen Victoria Women’s Centre in Melbourne City. There were approximately 80 people in attendance. The annual meeting was held in accordance with the ECCV Constitution which can be found here.

The evening showcased ECCV’s year in review including presentations from the Chairperson, Executive Officer, Treasurer and members of the ECCV Intergenerational Young Advocate Leaders (IYAL) group.

The Minister has been the Member for Richmond for many years and was previously the Minister for Housing, as a result he has an in-depth understanding of diverse communities and the important role housing plays for refugees being able to establish a new life. The ECCV Chairperson, on behalf of the ECCV board and staff shared the team’s enthusiasm about his appointment and reinforced ECCV’s commitment to continuing a close working relationship with the Andrews Government.

The ECCV Intergenerational Young Advocate Leaders (IYAL) group members Sav and Mohammed delivered a presentation about the group’s outputs and aspirations. The Hon. Jenny Mikakos MP, Minister for Youth officially launched the ECCV IYAL program on 23rd of May at Parliament House.

IYAL Member, Mohammed shared with the audience some of his experiences as a refugee, and that in currently doing his PhD in cancer research he hopes to break down stereotypes about people with refugee backgrounds.

The ECCV Chair presented an award to community leader, John Zika, acknowledging John’s long and ongoing service to ECCV and the multicultural community.

The ECCV Chairperson, Cr Kris Pavlidis presented the annual report, thanked the previous Executive Officer, Dr Irene Bouzo for her outstanding contribution and also thanked the acting Executive Officers Jill Morgan AM and Con Pagonis for their support in addition to thanking the staff and volunteers for their contributions to ECCV’s ongoing success. 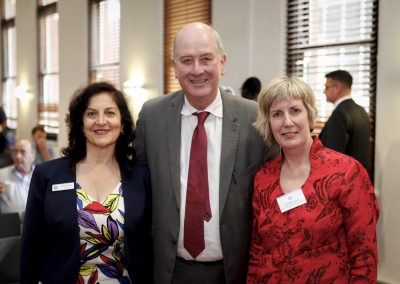 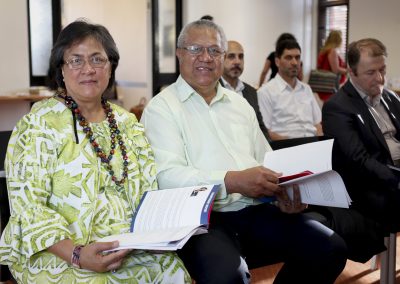 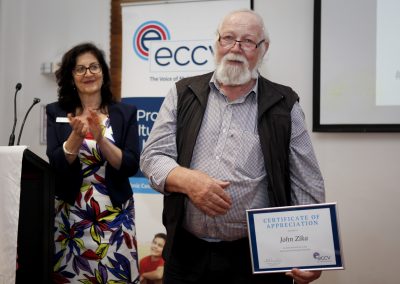 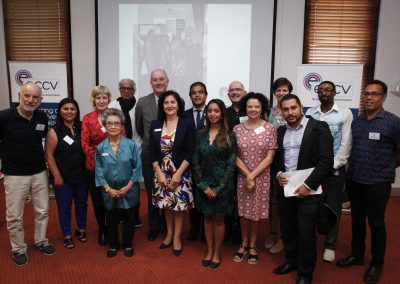