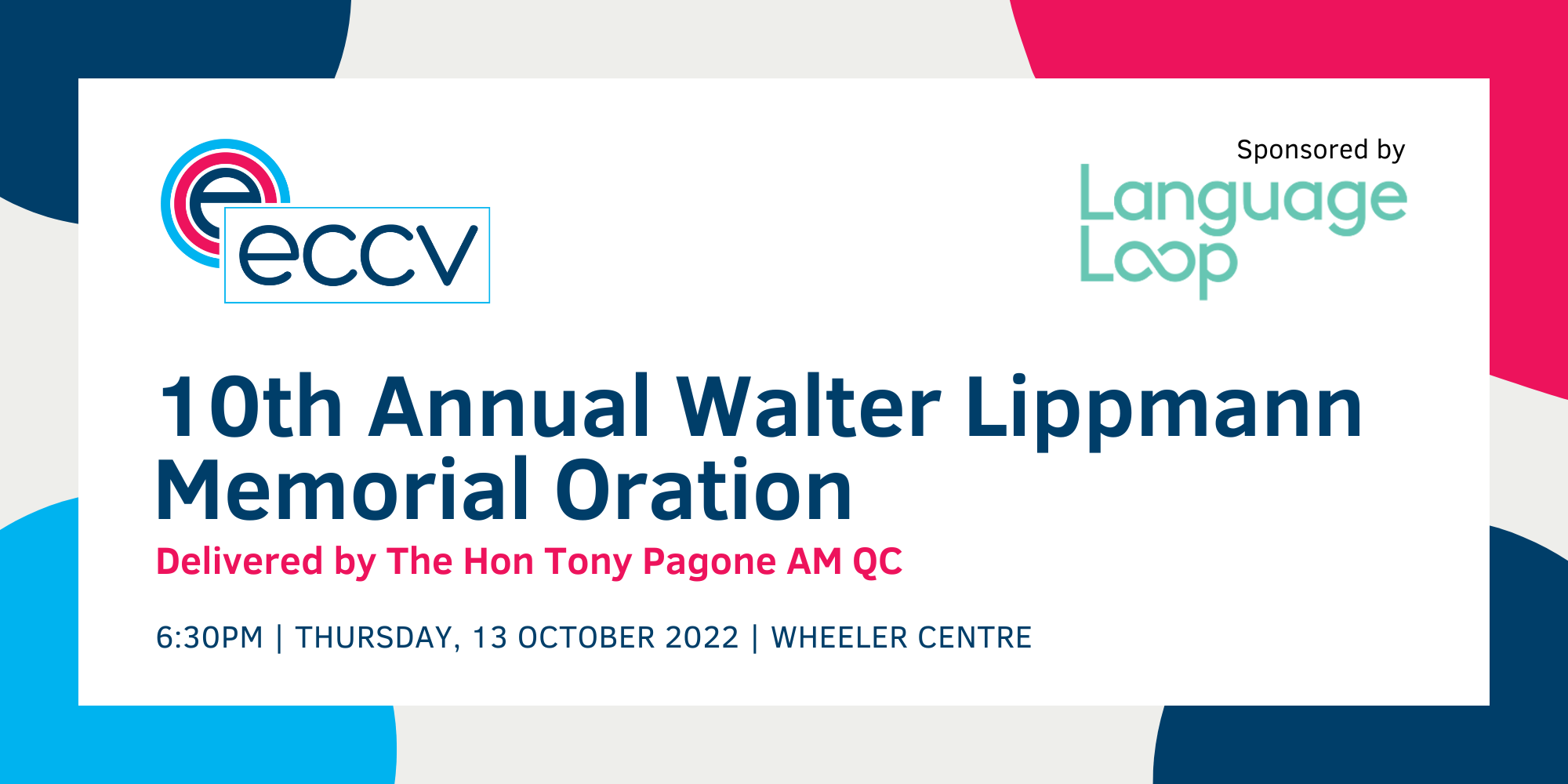 The 10th Walter Lippmann Oration will take place on Thursday, 13 October at the Wheeler Centre. Our eminent speaker for this special event will be The Hon Tony Pagone AM QC, a former judge of the Federal Court of Australia, who has made a significant contribution to Australian public life during his distinguished legal career.

A former president of Co.As.It, the Melbourne-born son of Italian migrants is the first orator to have served on the Board of an ECCV member organisation.

The Walter Lippmann Memorial Oration is held annually to commemorate the outstanding work of one of ECCV’s founders, Walter Lippmann, who was a strong advocate for ethnic communities within Victoria and throughout Australia. 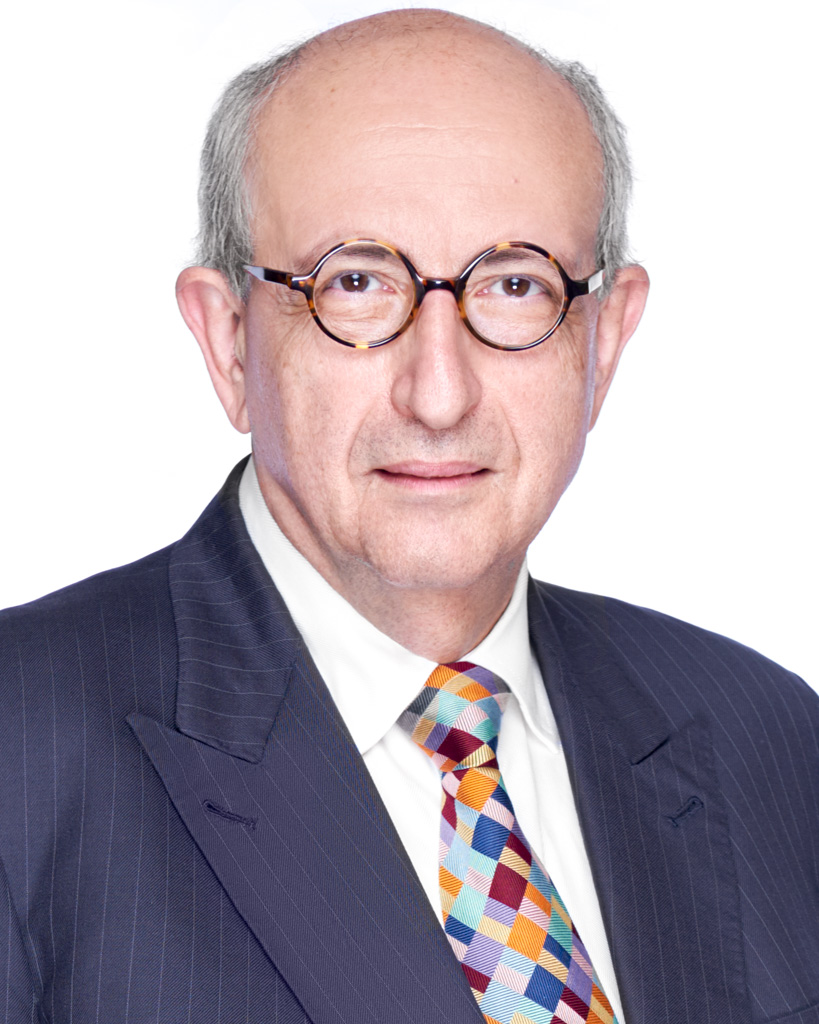 The Honourable Gaetano (Tony) Pagone AM QC is an eminent lawyer, and former judge of the Federal Court of Australia and the Supreme Court of Victoria. He has made a significant contribution to Australian public life during his distinguished legal career. After retiring from the Federal Court of Australia in 2018, he was appointed as Commissioner to the Royal Commission into Aged Care Quality and Safety, and elected President of the International Association of Judges, the first Australian to hold that position.

Born in Melbourne, Mr Pagone is the son of Sicilian immigrants who established well-known Italian pastry shops in North Melbourne in the 1960s. He graduated from Monash University in 1979 with a Bachelor of Laws and from Cambridge University with a Master of Laws in 1983. He was appointed Queen’s Counsel for Victoria in 1996 and practised widely in commercial law, taxation law, administrative law, constitutional law, and human rights law during his career. Mr Pagone became a Judge of the Supreme Court of Victoria in 2001 aged 46, the youngest person to be appointed at the time.

He became the first Special Counsel to the Australian Taxation Office (ATO) in 2002. He returned to the Supreme Court in 2007, where he was a judge of the trial division and the Commercial Court. In 2013, he was appointed to the Federal Court of Australia, where he had been the national coordinating judge of the Taxation National Practice Area until his retirement. A tax law specialist, in 2014 he was awarded an LLD from the University of Melbourne for his research and published work on anti-tax avoidance provisions. Mr Pagone is a professorial fellow of the Melbourne Law School and lecturer at the Melbourne Law School and Monash University.

He has served on the Victorian Council of Civil Liberties, the Victorian Equal Opportunity Board, the Victorian Executive Committee of Amnesty International, the Luke Batty Foundation, and the Alan Missen Foundation. He was a founding councillor of Italian Australian Institute and served four years as President of CO.AS.IT, of ECCV’s foundational member organisations.